Which Hull Shape Should You Buy?

When you’re ready to buy a boat for the first time, or even a second or third, don’t just be tempted to shop simply by a single boat type or because you really loved the style of that one you saw on the water last weekend. Before all else, consider the hull shape of your boat. It’s what’s ultimately responsible for the ride of your vessel. It’s the hull that’s engineered specifically and wholly to support what you’re doing most on the water. Regardless of all other elements: size, design, bells, and whistles, the hull is the part of your boat that has the most impact on your experience aboard, and for the most part, there is more than one hull type that is suitable for your target boating activity. Below we look at four of the most popular hull shapes and the pros and cons of each. 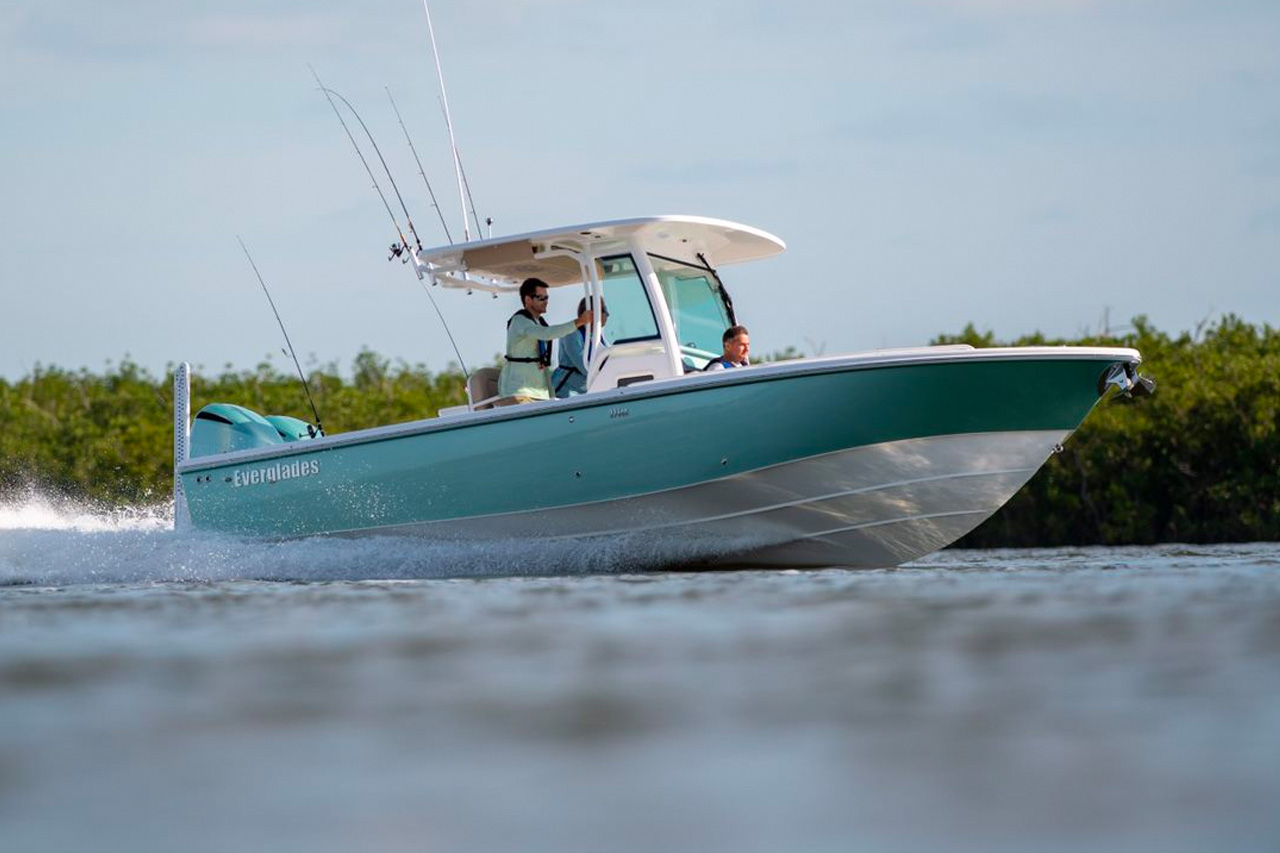 The design of your hull has the greatest impact on your boating experience., like this deep V hull.

A wedge-shaped hull from bow to stern with a pronounced deadrise,* it provides the smoothest ride in rough water.

A deep V is a wedge-shaped hull from bow to stern. The deep V enables the hull to cut through the waves, steadying the vessel and avoiding the rolling back and forth, bouncing and pounding of waves that you’d encounter otherwise. The deepest V hulls are found in offshore fishing boats, which as you can imagine, are out in the wildest sea conditions and need to travel smoothly while anglers are on deck. This hull type can also be found in bay boats and aluminum multi-species fishing boats. The significant advantages of a deep V hull mean there are some tradeoffs. Deep V hulls obviously have a deeper draft, so they are not great for shallower waters. They are also less stable in low speed, during which times the boat is also prone to more rolling, especially in choppy waters. *Deadrise is the angle, in degrees, between a horizontal plane and the hull surface, usually measured at the transom. A boat with “a lot of deadrise” has a sharper V-shape hull. 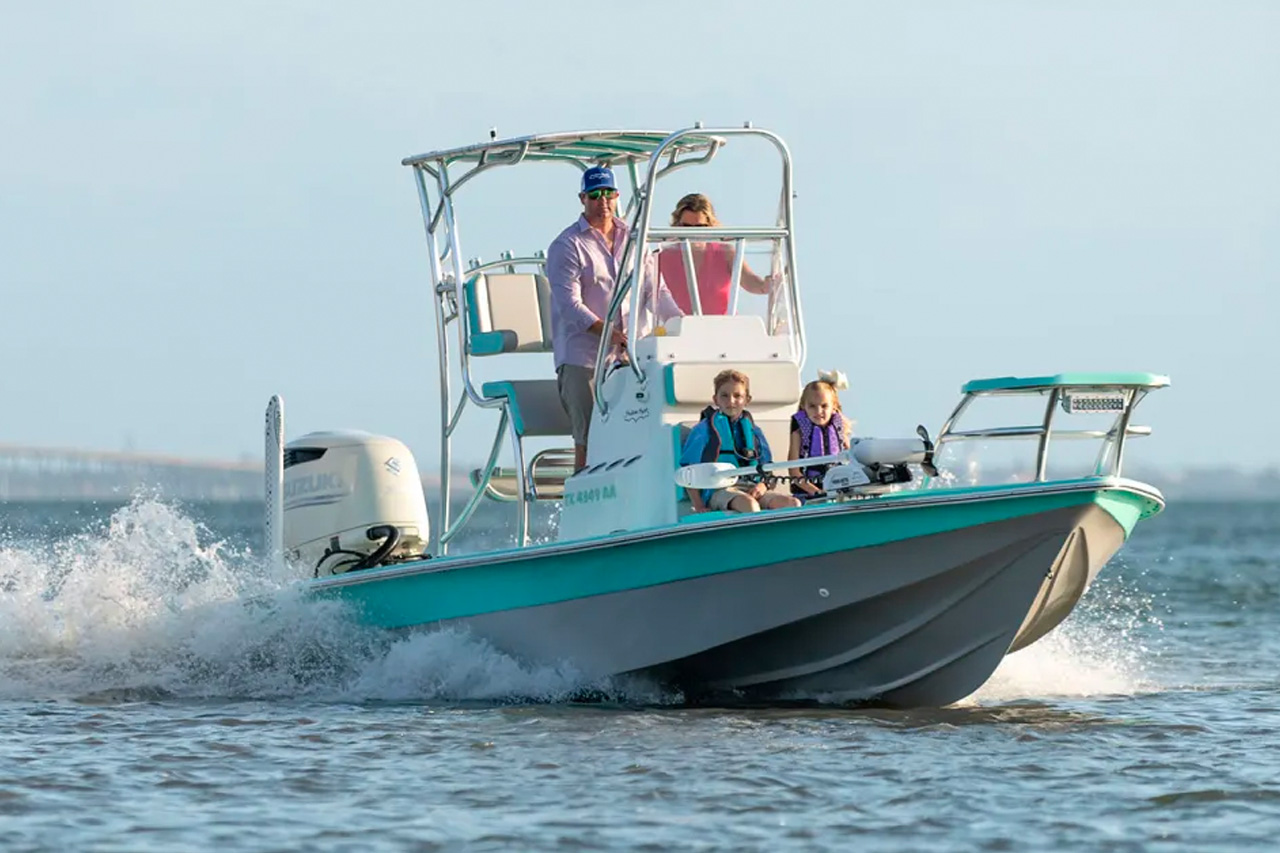 A modified V hull is the most popular hull shape at Boats For Sale and is featured on bay boats like this one.

Taking a little from each hull shape, it provides a mix of handling and stability for small boats.

A modified V hull offers a one-piece hull that begins with a V-shape at the bow, but it transitions to a flatter V at the stern. This yields a lower profile in the water and a compromise of satisfaction of family needs: the flatter portion toward the stern makes the boat more stable and allows it to go faster, while the tapered V at the bow helps cushion the blow of the water and push the spray aside, like a deep V does for a larger vessel. While this style will never be the best in any single condition, its versatility means it can handle a wide range of conditions that some boats can’t. The modified V style hull is common in freshwater boats where the waters aren’t as rough and families can enjoy a comfortable ride to fish and recreate. 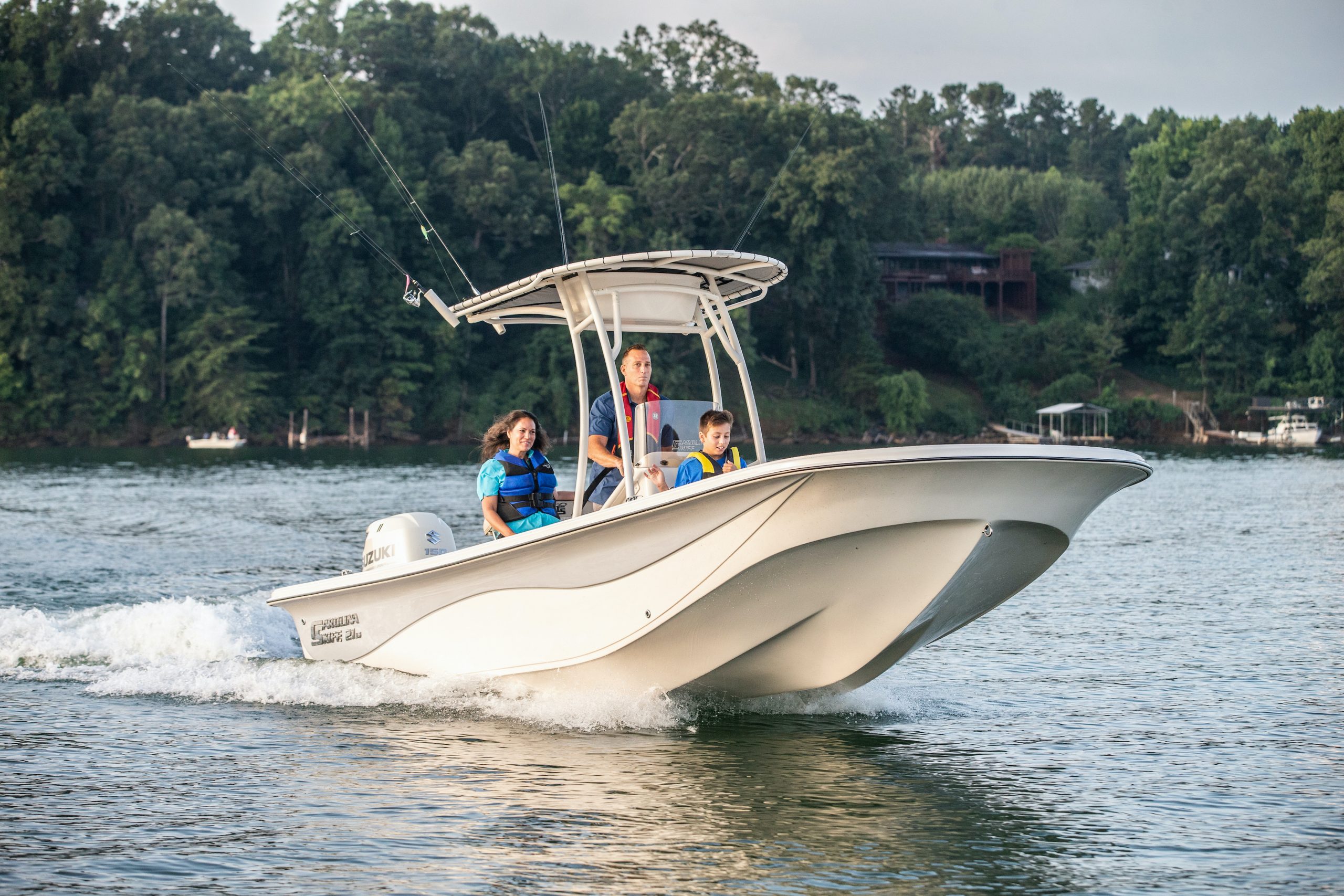 Skiffs like this one need a flat bottom to traverse shallow waters without disturbing the catch.

With almost no deadrise, this hull is found in boats that skim across the water.

Flat-bottom boats feature a very shallow draft and a two-chined* hull, which allows it to be used in really shallow bodies of water, and in deeper waters where it can ride seemingly above the surface. Flat-bottom hulls also make boats stable in calm water, which aids those sailing, as well as anglers and hunters. Besides skiffs, for which the flat-bottom hull offers maximum stability in shallow fishing waters, flat-bottom hulls are also featured in performance boats that are made to skim across the water at maximum speed. Ultimately, the flat-bottom means that in rougher, larger waters, the ride is a lot less smooth, even in mild chop. *A chine is a sharp change in angle in the cross-section of a hull. 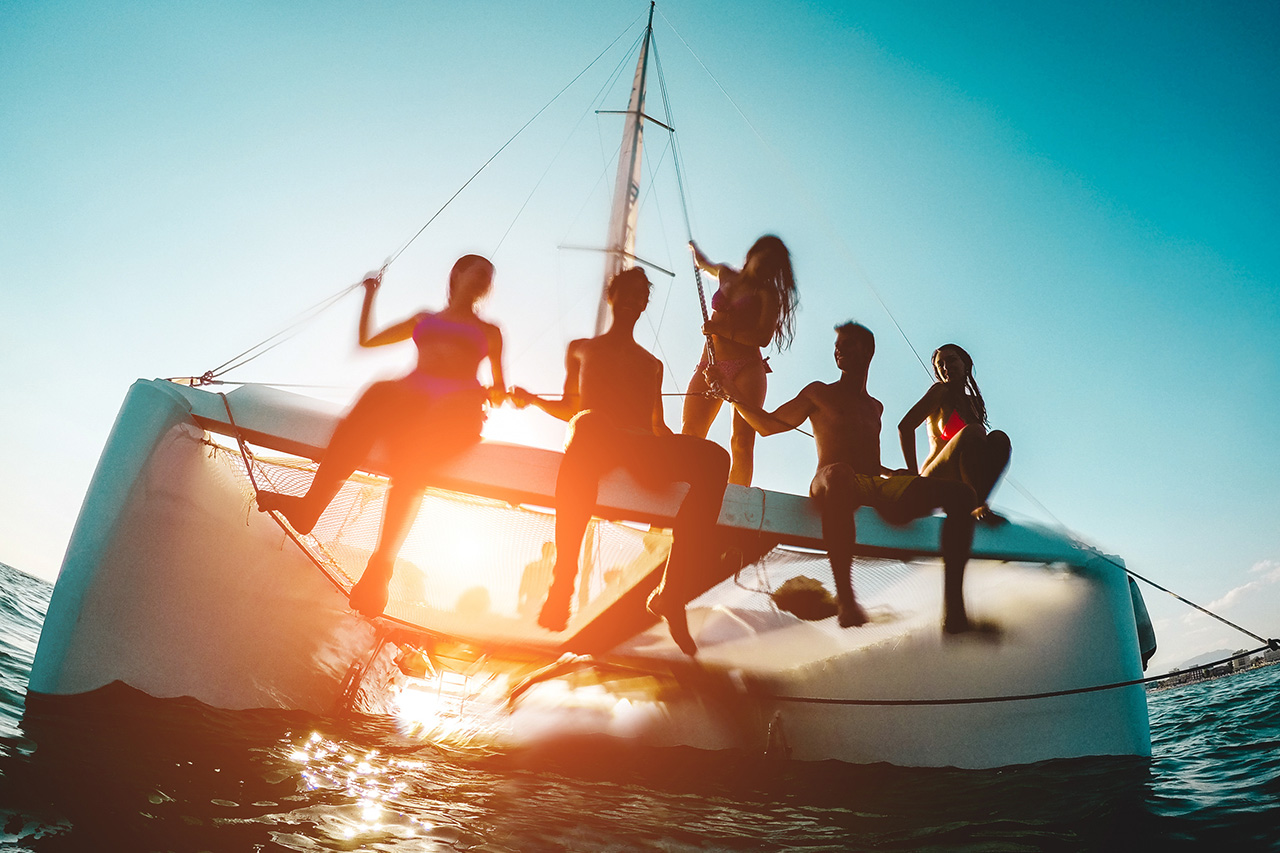 Catamarans are light, quick and stable, making them go-tos for boat tours and other recreation activities.

Twin hulls bridged by a deck, a historic shape that increases deck space and reduces drag.

Influenced by wooden rafts first used by Polynesian peoples to travel from island to island, the dual hull of modern catamarans is exactly what it sounds like — rather than a single, central hulled design, these boats have two smaller, narrower hulls that are parallel and of equal size, set apart yielding a wide beam, and with water able to flow in between them. This results in less hydrodynamic resistance, which means catamarans can go faster with less power, creating smaller wake. They also allow for a larger, unencumbered deck, and stability, which make the boats featuring this hull type open, comfortable, safe and stable. The drawbacks of the shape are that with more room above deck, the cabin and cockpit size and layout are compromised.

Each hull style, including some not named in this article, comes with its own boating lifestyle and advantages. If you’re planning on having the wind through your hair for saltwater cruising or fishing, a deep V is the way to go, unless you want extreme speed, in which case you may aim for a flat-hulled powerboat. A power catamaran is also a popular boat for deep sea fishing. Modified Vs are the most popular for recreational boating and what you’ll find the most here in our boats for sale listings. This hull is found in the most versatile boat types your family will enjoy, from runabouts, to wake and waterski boats, express cruisers and center console fishers. The ride and comfort of a boat is about so much more than its design features. Now that you’re armed with this info, you’re that much closer to Instant Boatification!™ Now get back to search boat listings.